Caddo Gap Press has supported the voices of progressive and radical change in American and international education as an independent publisher since 1989. We are committed to publishing works of educational, cultural, community, and public value, which despite their intellectual and political merit are too often deemed unprofitable or politically unsuitable by larger commercial publishers.

Our aim as an independent press is to present the perspectives of critical scholars, disseminate the work of traditionally underrepresented voices, and address the otherwise marginalized issues and concerns of education in transition. We offer promising efforts at reform and innovation from a variety of educational and cultural fields and settings that move beyond failing mainstream rhetoric to expand dialogue and understanding.

Mc Caddo Gap Press periodicals and books represent interrelated fields in education in the key areas of historical, philosophical, and social foundations, multicultural education, teacher education, educational curriculum and instruction, educational administration, and international education. Intent on maintaining a contemporary vision, our independent enterprise works collectively with a dynamic network of editors, editorial advisory committees, and authors across the United States and around the world.

Our independent Multicultural Education Journal features established and emerging voices on contemporary social and educational issues and cultural criticism and the promising work of minority populations in schools and society. The magazine reaches more than 1,000 readers at the public school and postsecondary levels. Teacher Education Quarterly is considered the premier journal in its field both because of the breadth of scholarship reflected in its pages and the cutting-edge perspective it offers. Taboo: The Journal of Education and Culture pushes the limits of traditional thought in promoting progressive and radical perspectives, while Educational Foundations and the Journal of Thought serve to reveal and exchange marginalized scholarship in the social, historical, and philosophical foundations of education. Issues in Teacher Education further expand the dialogue among educational scholars and practitioners.

Caddo Gap Press has also published over 50 books including Judicious Discipline, now in its sixth edition and widely used in both teacher education courses and professional development programs. Our other books, such as Creating Inviting Schools and A Geography of Human Life and the recently published The U.S. Presidency and Social Justice, explore significant educational, social, and political perspectives. Recent releases on education in Turkey and Bosnia introduce and consider global implications of education. with Scopus.

We welcome original research in the following fields.

Our policy is to continue to play a special role in presenting research in all fields of knowledge that are likely to have a significant impact on statistical methodologies. The Editorial Board is committed to raise the standard of the Journal to a leading international journal. 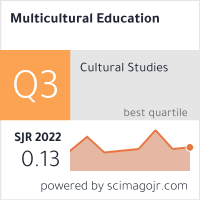